Hi! I’m so excited to show off my new Charleston Dress today! I was a tester for this pattern that was just released yesterday from Hey June Patterns. 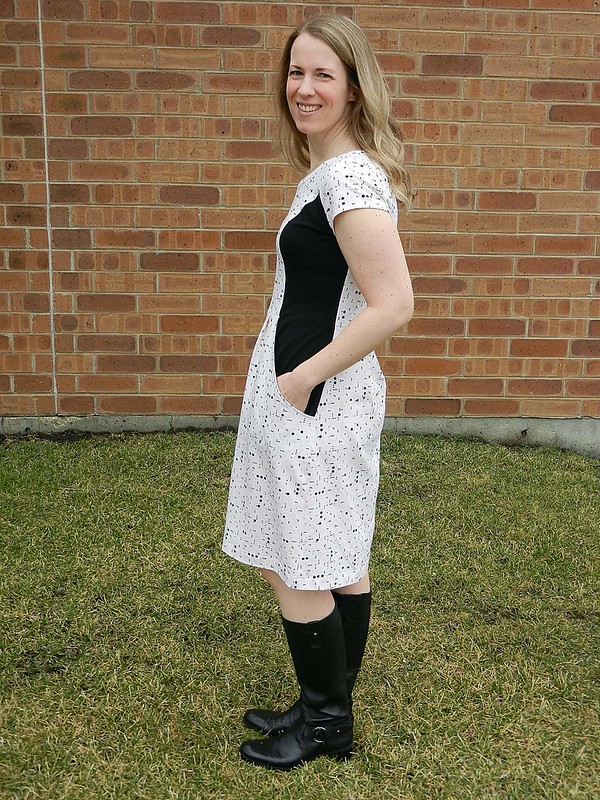 This is a knit dress with an exposed zipper in the back. The dress comes in two views and has 7 sleeve options. Both have a fitted, princess seamed bodice and either an a-line or a slim, pencil skirt. Knowing my hips, I went with the a-line skirt and I chose to do the short sleeves. I made a size L graded to an XL at the hips. 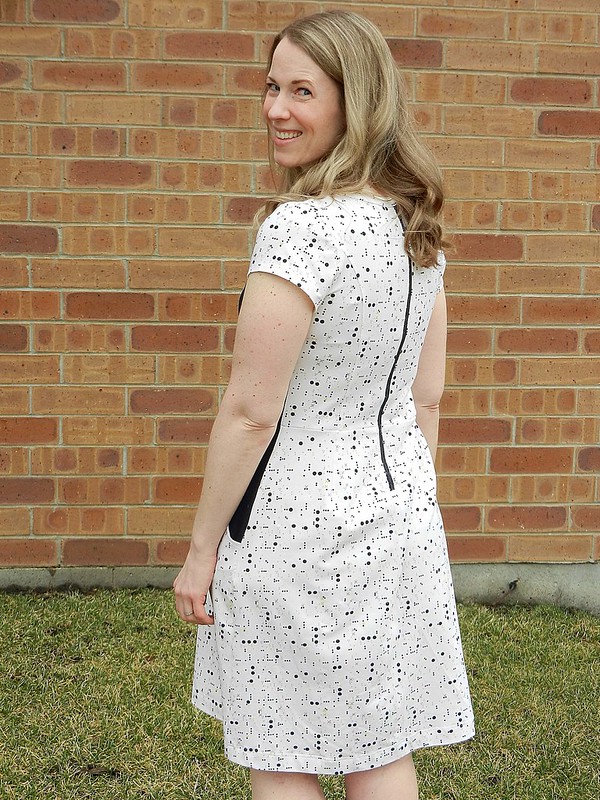 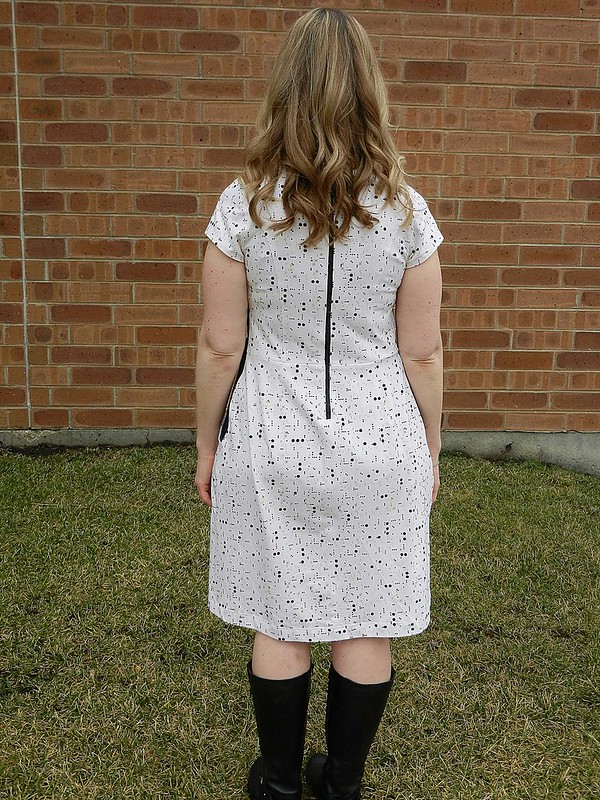 My dress is the tester version of the pattern– a few minor tweaks happened after the version I made, but I don’t think it was anything too drastic. I made a few changes to the pattern after I made a super quick muslin of the bodice– I did my normal forward shoulder adjustment, I lengthened the bodice by 1″ (which I think was a change to the final pattern since about half of the testers ended up lengthening their bodices), and I lengthened the sleeves by 1/2″ since I liked where they hit before I hemmed them. 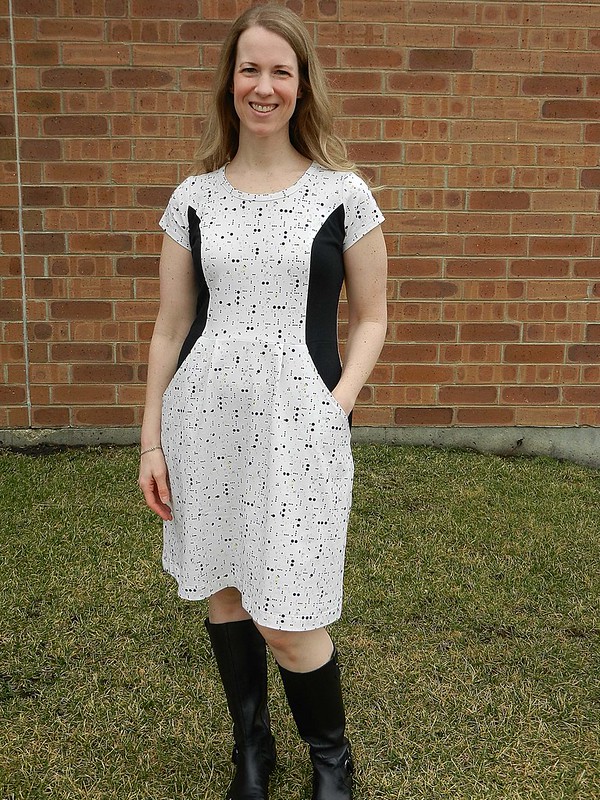 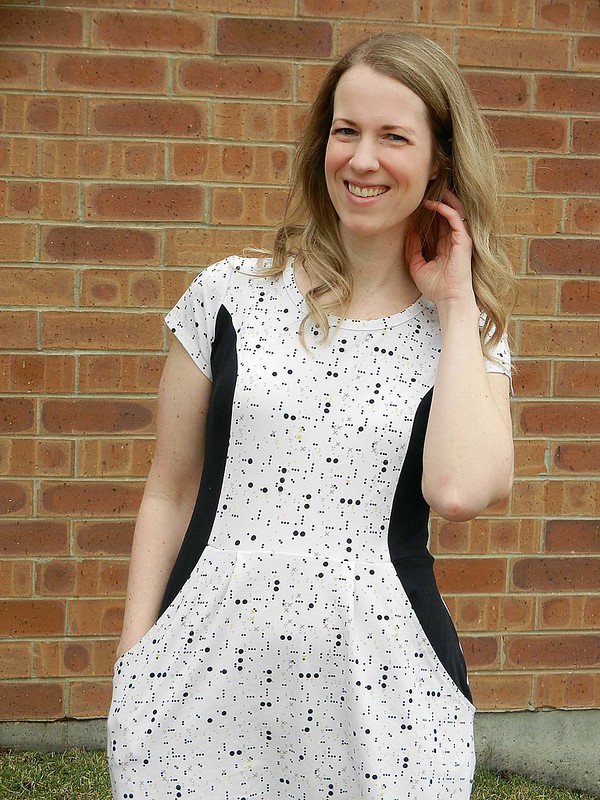 I loved sewing this dress. It’s the first knit dress I’ve sewn that was more than a t-shirt with a gathered or half circle skirt. The princess seams are so flattering and I love that they gave me an option to do some color blocking. I did manage to make a couple of dumb mistakes when I was installing the zipper. First I fused the interfacing to the right side of the fabric, when it should have gone on the wrong side. I had to peel it off but it was too late in the zipper installation to fuse it to the correct side of the fabric so my zipper ended up not really being interfaced (and fuzzy on the outside from peeling off the interfacing. Ugh.) I had to use my walking foot to install the zipper, which worked out really well, surprisingly. I also positioned my zipper down a little too far so it doesn’t come all the way up to the top of the neckline. I may go back and add a thread loop and a button at the top (or I may ignore it and let my hair cover it up!) 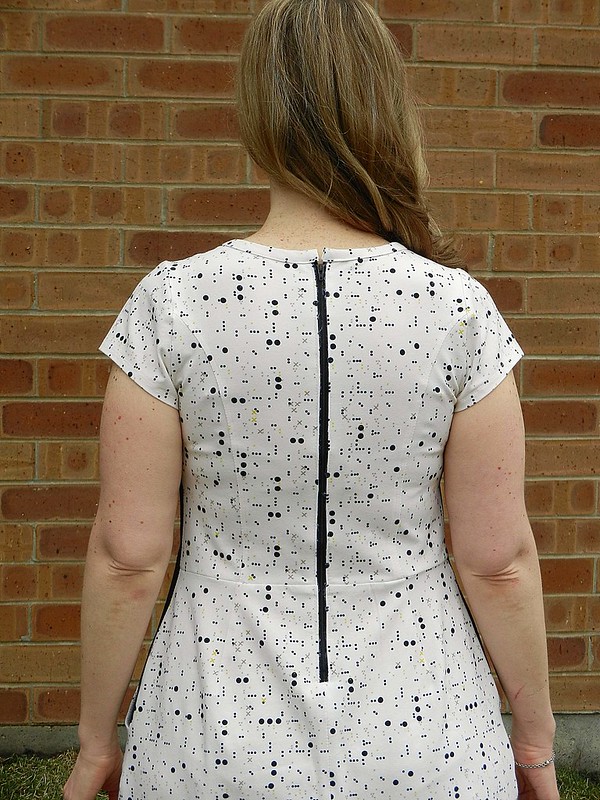 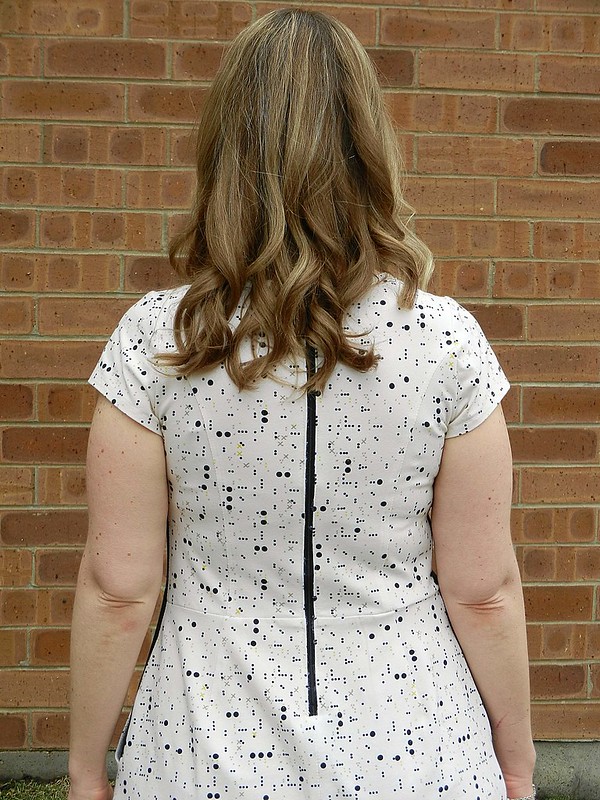 I used an Art Gallery knit fabric from Leah Duncan’s Gramercy line. It has been in my stash for a year and a half or so. I remember I had to have it but then really never could figure out what to do with it. I love how it looks as this dress with the black side panels and the black zipper. 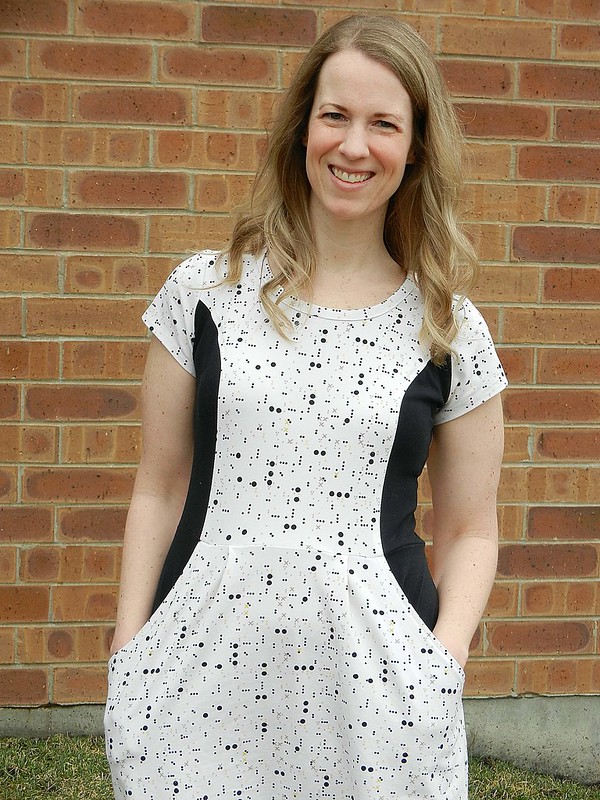 After seeing the other testers versions of this dress I feel like I need to try the slim skirt view. It looks amazing on everyone that sewed it– even people with hips. I am swooning over the black knit and faux leather version that Adrianna made for the pattern release! 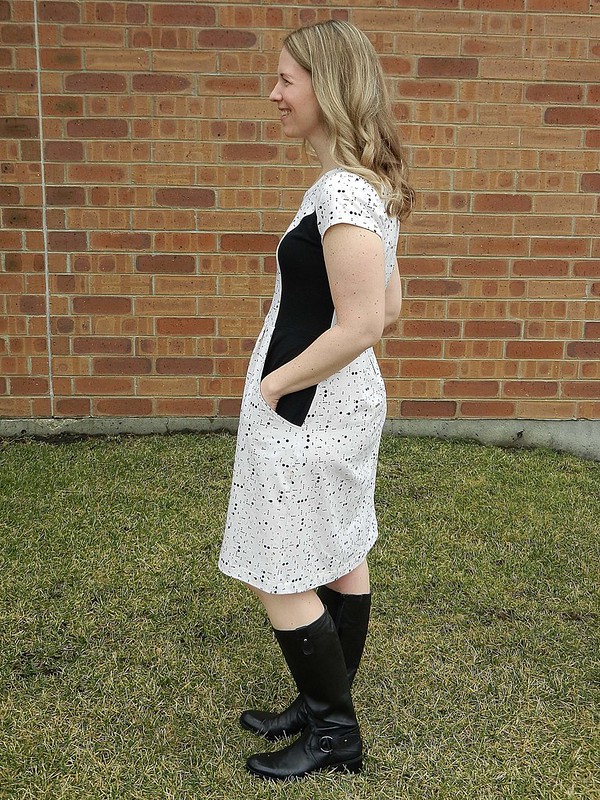 One thing I really love about Hey June patterns is that they come with a bunch of pattern variations so you can use them repeatedly without making the same thing over and over again. This pattern is a great value and Adrianna works so hard to get her patterns just right before she releases them. I highly recommend the Charleston dress pattern! Are any of you planning to sew it?