After I made my two versions of the Tessuti Lisa pattern (top here and dress here) I decided to move on to the Ruby top and dress pattern. I had this Anna Maria Horner linen blend fabric in my stash for a while with no real idea of what to make from it. I thought the simple silhouette of the Ruby top would be perfect for this fabric. 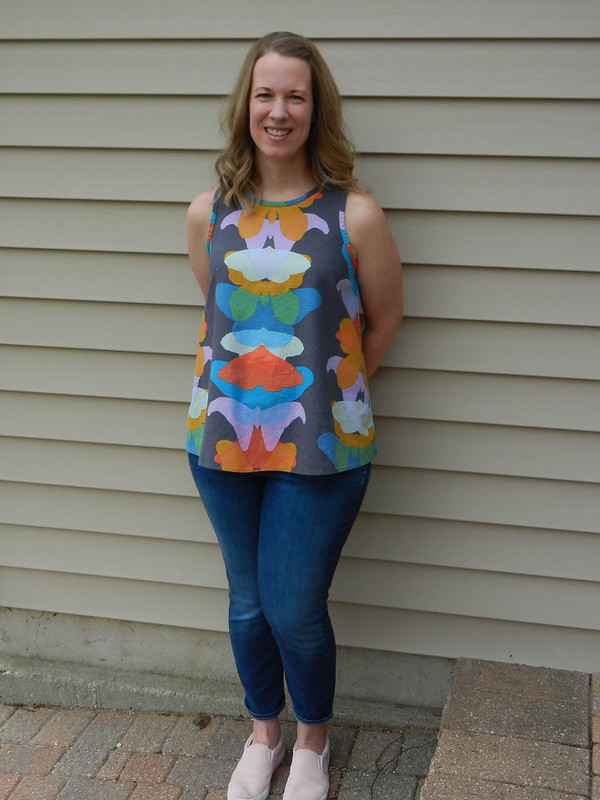 I decided to make a muslin because I was a little bit worried about the cutaway arm holes. I really didn’t want to make a top that required a strapless bra and I wasn’t sure exactly how much bra strap would show with this pattern. Well, it wasn’t just bra strap that was showing in my muslin. It was bra strap, bra cup, and bra band. I also had a little bit of gaping on the front of the armscye. 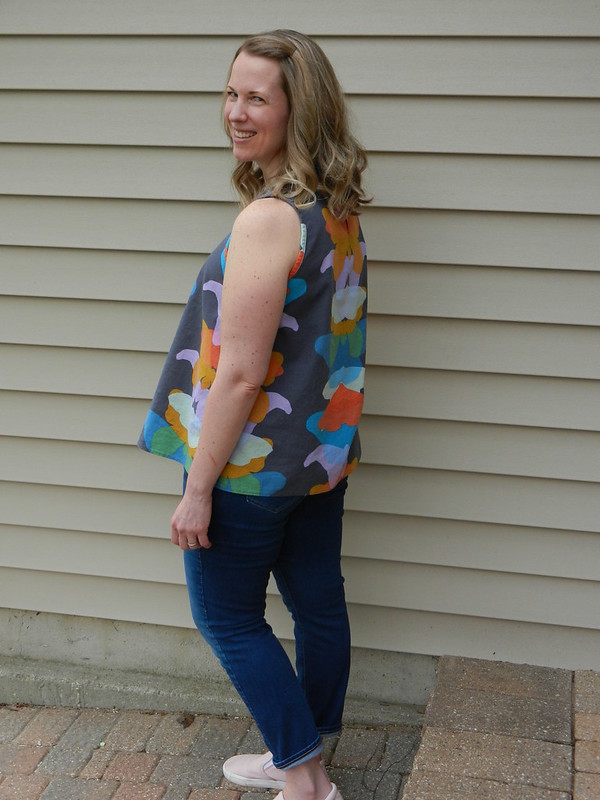 I ended up raising the underarm by about 3/4 of an inch and widening the shoulders by 1/2 inch. I also did a little cut and overlap by about 1/4 inch on my flat pattern to remedy part that was gaping on the front of the armscye. 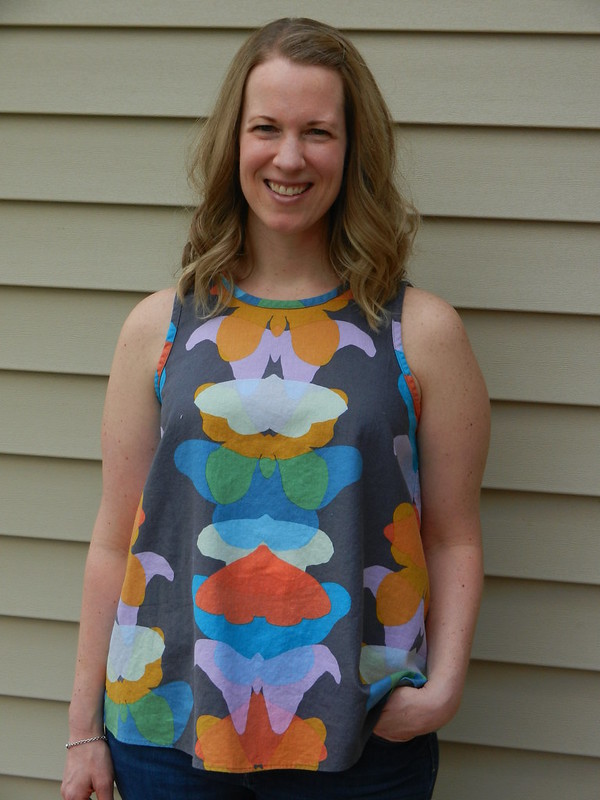 I really like how the neck and arm bindings are done on this pattern. I’m used to cutting bias strips and turning the whole seam allowance to the inside, but this pattern has the bias pieces folded over the seam allowance and then stitched into place. The pattern calls for the bindings to be sewn on the outside of the garment, folded to the inside, and then stitched in the ditch from the front to tack the binding down. I read a few reviews that said it was hard to always catch the binding when doing the stitch in the ditch. I followed a few people’s recommendation and sewed the bindings on the inside of the top, flipped them to the outside, and then topstitched them in place. It like having the bindings visible, especially because they turned out sort of stripey with all the colors in this fabric. 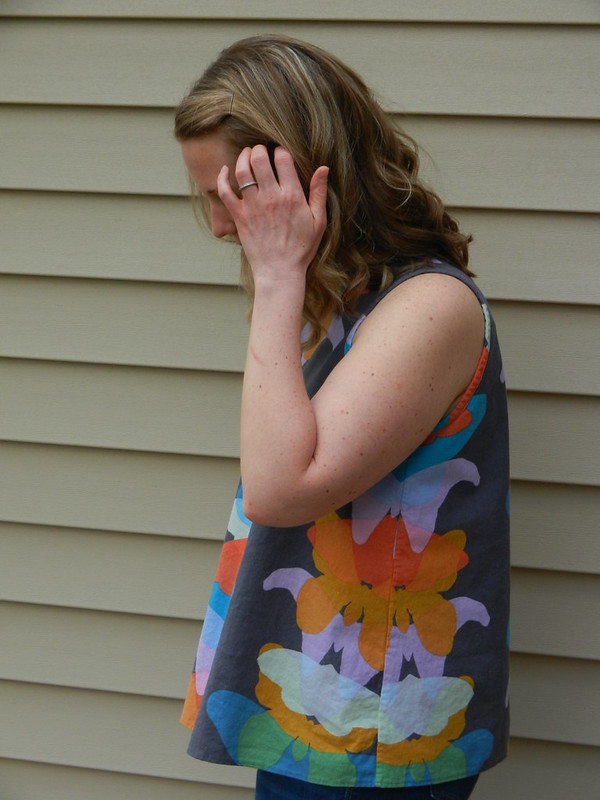 I tried to line up the butterflies (or are these moths?) on the side seams so that I would have the same colors in the same places on the front and back.

I love wearing this top. I like that the fabric has a little bit of structure and I am so glad that I finally made something from it. I feel a little bit like Teri and the Amazing Technicolor Dream Shirt, but that is ok with me. I’m obviously not one to shy away from color and prints!